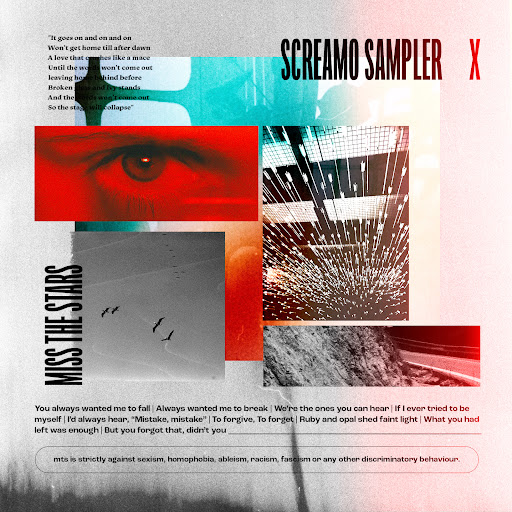 Hope you enjoy this new edition of the screamo sampler. Thank you all so much for everything throughout the years.
As always the sampler is free-download/pay-what-you-want.
All donations go towards "Lasst Die Tiere Leben e. V." a local animal sanctuary.
Lyric parts on the cover are from Burial Etiquette - "Staircase".
Big hugs to every single band - you are amazing:
Farah Rud, Ordara, Burial Etiquette, Ümit, Trujące Kwiaty, Pembe, Hanoi Traffic, The Only Traces Left Of Sunken Ships, Hagbard Celine, Karloff, Star of Khorala, Wlots, My Little Pony Is Jesus, God Is Me, De Carne e Flor, Leaf, Eremo, Who Would I Be Without You, Rainmaking, Janpalach, armywives, Raccoon City, émile & Tenue
Download:
https://missthestars.bandcamp.com/album/miss-the-stars-screamo-sampler-x
at October 29, 2021 No comments:

Email ThisBlogThis!Share to TwitterShare to FacebookShare to Pinterest
Labels: Screamo 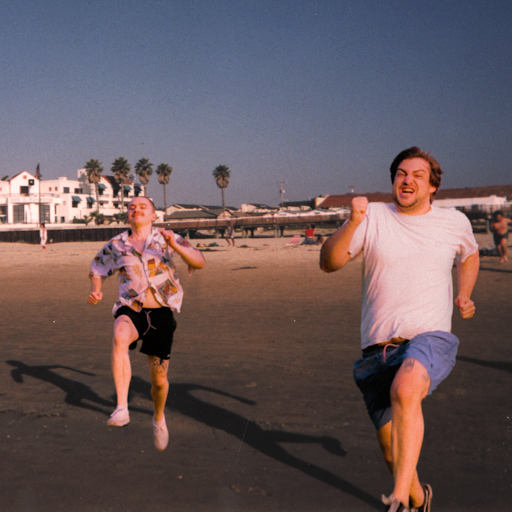 Something special today - one of my fav new bands covered one of my fav songs ever - "The Water Vs. The Anchor" by the legendary On The Might Of Princes. I was speechless when they showed me the song and the cover artwork - it was so ridiculously good and funny. You can feel that they love that song so much in every single second.

Message from the Band

"Hey Friends, we recorded a small cover of a wonderfull song and this is the short story behind it.

It all startet at the end of 2017 when our friends in  Form und Leere gave us the advice that there will be a sampler collected with bands that cover their favourite Screamo songs. The sampler was planned by the lovely Jacopo of OJNE.

After we recorded the Song we realized, we were the only band that actually recorded something 😃

to show u what we have done!

For me (Steffen) On the might of princes is one of the Bands that changed my world completly.

My good friend Klaus of Trip Fontaine showed them to me when I was 13, I guess.

After over 14 years I still listen to Sirens and it made me loving songs with different parts and harmonies with screams and all this kind of stuff in this music world.

They even played a small show in Rodgau which is crazy hahah.

It was also the first time I got in touch with the DIY scene. So I would write them on myspace to ask them about their amps and stuff. AND THEY ANSWERED.

The Song was fun to play for all of us and we record it with our close friend Felix krois who also mixed and mastered it ❤.

Not the biggest project but it means a lot to us - and yes, it is nice after an album to see and feel where one of your biggest influences came from and try to honor this as a band.

Maybe you like it! (we tried to recreate the cover.. it works... kind of haha)

Thanks to all the people involved: Michael, Jacopo, Alex, Felix and all the lovely people of OTMOP

Have a great day and we hope u feel comfortable.