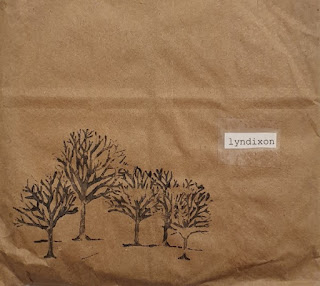 Special thanks to Erik and Sascha for making it happen - and sharing it.

A CDr with five tracks on it. The cd (mine marked 32?) comes in a small brown paper bag acting as sleeve/cover.

Small strip of tape with bands name on the front. Not sure if this is a demo or s-t or something else.. but think s-t works..

Two inserts: Number one with short information about the band, tracklist and some shoutouts.

Second one is called "lyndixon's songbook" and seems to contain some (?) of the lyrics.

Not sure if there's been a misprint and/or if it's intended/missing a page. "of a fire on the moon" on two pages for example. 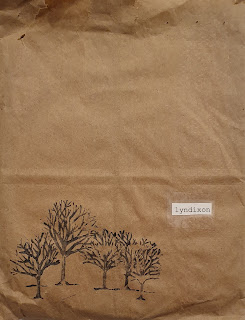 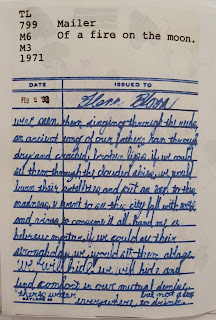 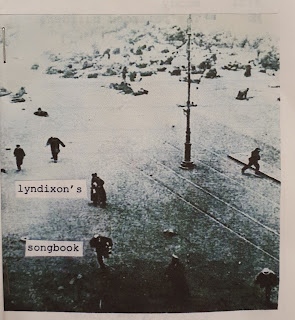 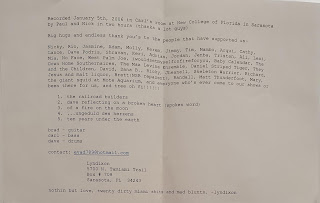 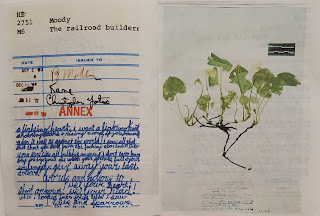 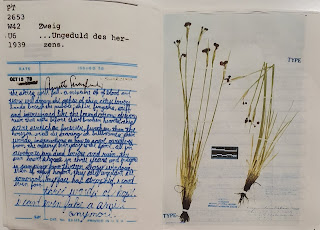 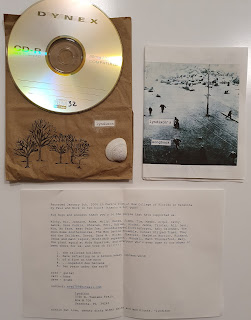