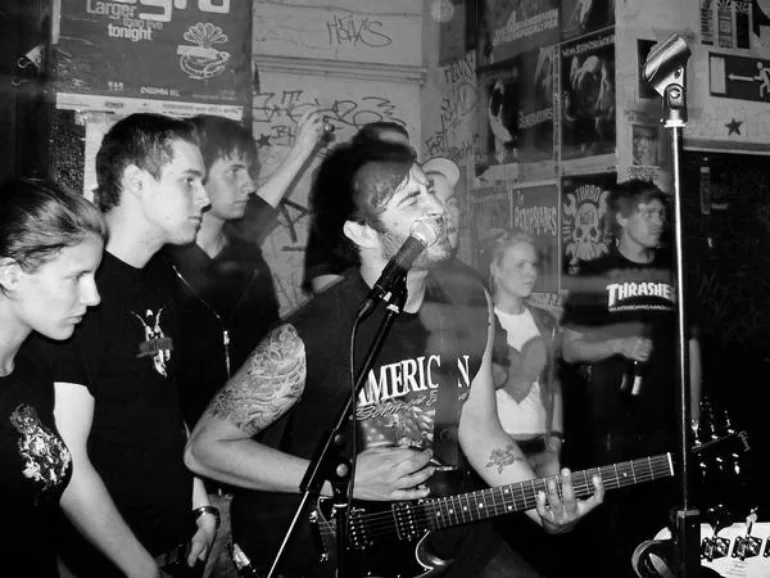 I remembered by accident a tape I bought about twelve years ago - and thought I have to post this awesome band. The tape was the discography of Dancing On Debris - a five-piece screamo band hailing from Aachen in Germany that split up in 2011. Members were in bands like Longing For Tomorrow or ◯.

The download is not the discography because I didn't had anything to rip the tape but I found old mp3s.

Dark, heavy and super powerful - that's how their one and only LP "...Of Our Self-Made Collapse", released in 2009, sounds like. Hope you dig it as much as I do - it's basically 35 minutes of soul crushing screamo/hardcore. Enjoy.

Email ThisBlogThis!Share to TwitterShare to FacebookShare to Pinterest
Labels: Screamo